Stephen brings a wealth of financial and technological know-how to his position as President. He has been instrumental in introducing new products to the industry and in implementing cutting edge technological and manufacturing procedures, all of which has been crucial to the growth and success of the company. Stephen is a respected executive within the pet supplies industry and served for four years on the APPA (American Pet Products Association) board, three of those in the capacity of treasurer. Stephen is responsible for the overall vision and success of the company.

Douglas serves as East Coast Manager and Vice President of Operations. Doug’s extensive production and design knowledge from his days in the wood and carpet industry have proven invaluable to Ware. He has been with Ware since its inception in 1993. Doug is responsible for all aspects of production and warehouse functionality at Ware East.

Eric joined Ware in 2001 after leading several national sales teams in both the insurance industry and the pet industry to great success. Eric and his team have built strong and lasting relationships with our national distributor base. Eric has a talent for identifying product and market trends. He truly has his finger on the pulse of the pet industry and is a passionate and informed leader. 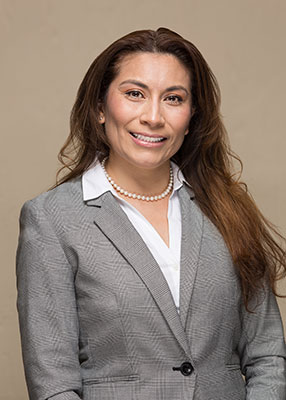 Claudia joined Ware in 2011 as Controller. She brings a wealth of knowledge and experience gained during her tenure as Controller at Aroa Marketing, an international distributor of luxury goods with manufacturing plants in Asia. Claudia also possesses an entrepreneurial spirit that she honed when she founded and successfully sold a transportation and logistics company in 2010. She is responsible for overseeing all accounting functions, including producing and analyzing annual and quarterly financial statements, implementing and overseeing sound financial and accounting procedures, and making recommendations to the President for improved profitability. Claudia also heads up the Human Resource function at Ware and recently earned her SHRM-CP. She earned her B.S. in Accountancy from California State University, Northridge and her Master’s in Business Administration from Arizona State University, WP Carey School of Business.

John serves as the Vice President of Product Development at Ware.  He joined Ware in early 2016 where his responsibilities include overseeing product development, product branding, marketing and media management, international vendor sourcing, and quality assurance.  John is a seasoned pet industry executive whose experience includes twenty plus years in senior management roles at PetSmart and Aquaculture System Axiton (procurement, supply chain, warehousing, manufacturing and quality assurance) plus four years as an executive in the transportation sector. John holds a Bachelor’s Degree in Business from Georgia Southern University.

Brian joined Ware in 2010 and serves as Vice President of Key Accounts. Brian brings a wealth of knowledge and experience, having spent his entire career in the pet supplies industry.  Prior to Ware, Brian served as Vice President of Sales for Prevue (a national competitor) where he was not only directly responsible for sales to the large national retailers, but also for leading the entire sales team of independent and company representatives. Earlier, Brian served as Vice President of Sales for another major competitor, Super Pet (now part of Central Garden), where he was instrumental in growing sales, increasing brand recognition, and improving margins.

Director of Production and Distribution

Eric Roles has served as Plant Manager and Director of Production almost since joining the company in 1993. His organizational skills, interpersonal skills, and his commitment to quality and profitability are unparalleled. Eric manages all aspects of production and warehouse functionality at Ware West.

Terri joined her husband Steve at Ware after a long and successful career in the mortgage industry. Terri worked as a VP of National Accounts for Bank One (now Chase) where she spent eight years, followed by a stint with Fannie Mae, where she served as West Coast DO Consultant. Terri has cultivated a second career at Ware, embracing the Human Resources function in its many facets. Terri is passionate about providing support to Ware team members and creating a positive and enriching environment in which they can prosper. Terri holds a BS in Economics from the University of Tennessee.